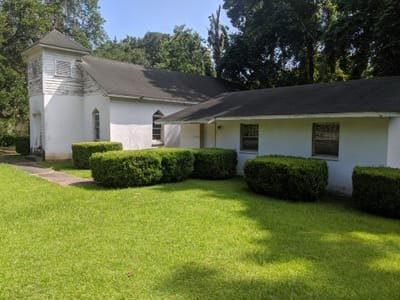 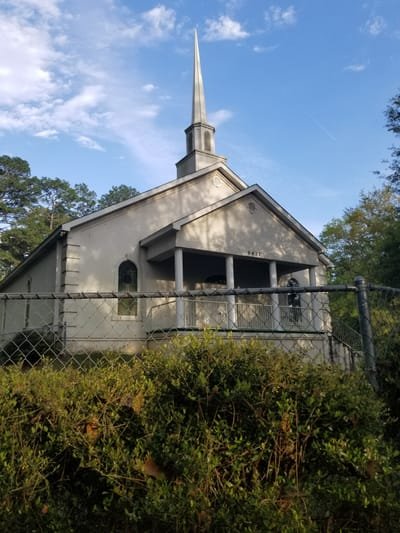 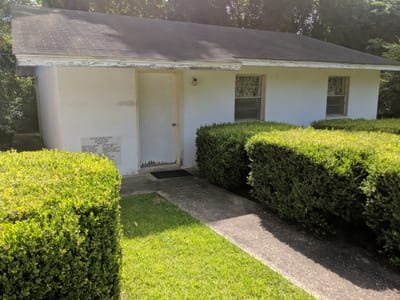 Bethelonia A.M.E. Church ("Bethelonia"), the third church organized in the Tallahassee District of the Florida Conference, was founded in 1876. The property was donated by the late Brother James Gardner.  The church began with "Brush Harbor" meetings on North Meridian Road in the "Kirksey" community. As a result, Bethelonia was often referred to as "Kirksey Church". In the early 1900's, the members of Bethelonia constructed a wooden building for worship services and it functioned as a station church in the Tallahassee District of the Florida Conference.

In 1949, under the pastorate of the late Reverend Chezzie Jackson, the Trustee Board chaired by Brother Roosevelt Henderson discovered that there was no deed for the property occupied by Bethelonia church. Brother Henderson, however, found the will of Brother James Gardner which bequeathed one-fourth (1/4) of an acre of land to the Bethelonia church. On August 16, 1949, a quick claim deed was issued to Presiding Elder E. L. Bennett (as a trustee of the A.M.E. Church) from Brothers Sam Richardson and John Austin, who were trustees of Bethelonia church.

In 1981, under the pastorate of Reverend Queen Miller, the building was completed. Separately, in 1981, the Bethelonia and Friendship A.M.E. Churches joined in circuit and was known as the Lake Jackson circuit.

In 1989, the walls of Bethelonia's worship building began to crack due to a fault in the foundation of the building. The fault in the foundation was caused by the roots of twin oaks that had served as guardians of the property for as long as anyone could remember. At the same time there were discussions of merging Bethelonia and Friendship churches because of the churches' worship buildings were in great need of renovation. Under the pastorate of Reverend Ronnie Clark, a proposal to merge the two churches was formally considered by the memberships. However, the Friendship church membership voted not to merge.

In 1990, under the pastorate of Reverend Robert Postell, the Bethelonia church agreed to pursue purchasing a parcel of land to relocate and construct a new worship building, rather than repairing the existing worship building. On September 6, 1991, one acre of land was purchased, for ten thousand ($10,000) dollars from Brother Mack Gardner. The land was located on the corner of Bannerman and North Meridian Roads, approximately one mile south of Bethelonia's existing worship building. Also, in 1991, the Bethelonia church returned to station church status.

Meanwhile, other historical events continued to unfold. On December 27, 1992, at the age of nine (9) Brother Jarvis Ferrell ("Little Samuel of the Quincy District") preached his first sermon. In January of 1993 the "first" female minister of Bethelonia Sis. Jimmie Dickey preached her first sermon, followed by little twelve (12) years old Desmond Ferrell on May 11, 1993, all from the pulpit of Bethelonia.

On October 25, 1994, under the pastorate of Reverend Klent A. James, the Bethelonia church’s commitment to building a new sanctuary continued. In May 1995 the loan was approved through SouthTrust Bank. In 1996 mass efforts were made to settle discrepancies against the church and the church property. On May 6, 1997, a "Quick Title" on the property purchased in September 1991, was secured and construction of the new sanctuary began.

In 1996, our "second" female member called to preach the Gospel from Bethelonia was Sis. Lillie A. Sneed Ferrell. Her husband Bro. Ralph Ferrell answered the call in 1998, all from the pulpit of Bethelonia. Our first husband and wife team out of Bethelonia, to God, be the Glory!

On January 1998, at 3:00 PM, the Dedication Service for the new worship building took place with The Right Reverend Frank C. Cummings, Presiding Bishop, 11th Episcopal District presiding over the Dedication Service, Presiding Elder E.L. Daniels, Quincy District, Rev. Klent A. James, the members, and friends of Bethelonia AME Church celebrated God’s goodness. The theme for this occasion was: “The Glory of this latter house shall be greater than of the former, saith the LORD of hosts: and in this place will I give peace, saith the LORD of hosts.” Haggai 2:9

On December 4, 2010, Laurine Henderson Hobbs was consecrated the 1st Deaconess in the History of the Bethelonia church by The Right Reverend McKinley Young, Presiding Bishop, 11th Episcopal District at the Florida Conference Day of Sharing Program, Marianna, Florida.

December 8, 2012, Gracie Henderson Adams was consecrated a Deaconess in the African Methodist Episcopal Church, the 2nd Deaconess in the history of Bethelonia. This event took place at the Florida Conference Day of Sharing Program in Quincy, Florida, under the leadership of The Right Reverend Dr. Adam J. Richardson, Jr., Presiding Bishop, of the 11th Episcopal District.

A monumental celebration was May 30, 2015, under the leadership of Rev. Jeffrey Graham. At this celebration, the Bethelonia church burned its mortgage, a first as far as anyone could remember. The Right Reverend Dr. Adam J. Richardson, Jr., Presiding Bishop for the 11th Episcopal District, conducted the services. The former pastors that were in attendance and took part in the celebration were Reverend Queen E. Miller, Reverend Robert Postell Jr., and Reverend Klent James.

On September 18, 2015, the Reverend Helen L. Johnson-Robinson was appointed at the 150th Session of the Florida Annual Conference to lead Bethelonia African Methodist Episcopal Church. Under the pastorate of Reverend Johnson-Robinson, Bethelonia hosted the Quincy-Monticello District’s Church School convention.